WHAT'S ON
THE BALLOT?

PRESIDENT OF THE UNITED STATES

The President is both the head of state and head of government of the United States of America, and Commander-in-Chief of the armed forces. Under Article II of the Constitution, the President is responsible for the execution and enforcement of the laws created by Congress.

Each of the 435 members of the U.S. House of Representatives is elected to serve a two-year term to represent the people of their congressional district. Their rights and responsibilities include:

This includes introducing, debating, and amending bills on local, national, or international policy issues. Members serve on committees and fight for issues that are of interest to their constituents.

Ensuring that Laws are Working:

They conduct investigations to ensure that laws are being implemented as intended. This means participating in hearings, studies, and informal communication with agencies and those affected by a program or policy.

Managing casework to ensure that constituents can access federal benefits like social security or solving constituents’ problems with agencies. 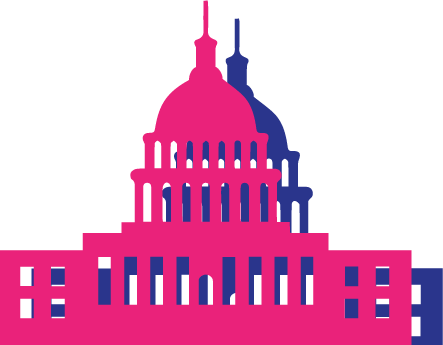 Click on the Propositions below to find out what they are and how
your vote will make an impact on Latinos and beyond!

General-obligation bonds: A loan that can be issued to local governments to finance the construction of things like highways, bridges or schools. GBOs are issued with the belief that the borrower—in this case the state of California—will be able to repay its debt through taxation or revenue from projects.

Stem cell research has been used to advance treatments for chronic diseases and conditions, like cancer, diabetes, heart disease, and Alzheimer’s disease. Latino adults are 1.7 times more likely than white adults to have been diagnosed with diabetes by a physician.

Center for Genetics and Society

A “No” vote opposes issuing $5.5 billion in general-obligation bonds for the CIRM.

To require commercial and industrial properties to be taxed based on their market value, rather than the property’s purchase price. Revenue generated from this initiative would go to fund K-12 schools, community colleges, and local services. Rules for residential properties would not be changed.

Why This
Matters for Latinos

Statewide, more than half of the K-12 student population is Latino. There are approximately 1 million Latino students in California’s higher education system.

Latinos are more likely than other demographic groups in California to attend high poverty schools.

A “Yes” vote supports requiring commercial and industrial properties to be taxed based on their market value, rather than their purchase price.

A “No” vote allows for commercial and industrial properties to continue being taxed based on the property’s purchase price.

To end California’s ban on affirmative action. This would allow schools and public agencies to take race and gender into account when making admission, hiring or contracting decisions.

After affirmative action was first banned in California (via 1996’s Prop 209), Latino enrollment at the University of California dropped significantly.

Today, California Latinos are less likely to have college degrees than other major racial/ethnic groups in the state-only 12 percent of bachelor’s degrees, compared to 42 percent of whites.

Latino small business account for nearly a quarter of all state business. Since 1996, when California banned race-conscious contracting by state and local governments, minority and women-owned business owners have seen approximately $1 billion in annual losses.

A “Yes” vote repeals Prop 209 (1996), thus allowing public universities, schools and government agencies to use race and gender in their admissions criteria, hiring and contract decisions.

A “No” vote opposes the measure, thus maintaining Proposition 209, which prohibits schools and public agencies from using race and gender into account when making admission, hiring, or contracting decisions.

To allow Californians on parole for felony convictions to vote. Currently, these parolees are restricted from voting until their time of parole has been completed.

Parole: the conditional release of a person (parolee) from the prison prior to the end of the sentence imposed.

Felony: In California, a felony is a crime that carries a maximum sentence of more than one year in jail or prison. The most common felony arrests in California assaults, robberies, theft and burglary.

Latinos account for 40 percent of California’s parolee population, nearly double the rate of their white counterparts. That’s approximately 16,000 Latinos who are not in prison and are currently unable to cast a ballot.

A “Yes” vote supports allowing people on parole for felony convictions to vote.

A “No” vote opposes allowing people on parole for felony convictions to vote.

To allow eligible 17-year olds to register and vote in primary and special elections if they turn 18 by the time of the general election in November.

Cities that have lowered the voting age in municipal elections have seen higher turnout among 17-year olds than among older voters.

A “Yes” vote would allow 17-year olds to vote in primary and special elections, on the condition that they would be 18 by the time of the general election in November.

A “No” vote opposes allowing 17-year olds to vote in primary and special elections, even if they would be 18 by the time of the general election.

To allow Californians who are 55 and older, disabled, or displaced by wildfires, to carry their existing, lower property tax rates to new homes anywhere in the state.

The measure limits the ability of Californians who inherit properties to keep their parents’ or grandparents’ low property tax payments.

It would also allocate additional revenue or net savings resulting from the ballot measure to counties and wildfire agencies.

Inherited homes are more likely to have paid-off mortgages and allow children to tap the home’s equity for loans. These advantages for wealth-building are enjoyed primarily by white and affluent families, since Latino and lower-income families own homes at lower rates.

The Latino population has grown in regions of California that are highly prone to wildfires. Sonoma and Napa counties, for example, grew by more than 60 percent each between 2000 and 2015.

A “Yes” vote would allow eligible homeowners to transfer their tax assessments to anywhere within the state, while limiting the ability of Californians who inherit property taxes to keep their parents’ or grandparents’ low property tax rate.

A “No” vote opposes allowing homeworkers to transfer their tax assessments to anywhere within the state; and maintains tax assessments on inherited homes to be transferred from parent to child or grandparent to grandchild.

To make some theft and fraud crimes chargeable as felonies rather than misdemeanors.

The measure would also expand the list of crimes that would give parole boards more leeway to deny offenders parole.

Felony: In California, a felony is a crime that carries a maximum sentence of more than one year in jail or prison. The most common felony arrests in California are assaults, robberies, theft, and burglary.

Misdemeanor: A misdemeanor is a less serious crime than a felony. These crimes usually involve jail time, smaller fines, and temporary punishments. In California, the most common misdemeanor arrests are for traffic offenses.

A “Yes” vote supports making some theft and fraud crimes chargeable as felonies rather than misdemeanors; imposing restrictions on parole; and requiring DNA testing for some offenders.

A “No” vote opposes making some theft and fraud crimes chargeable as felonies rather than misdemeanors; imposing restrictions on parole; and requiring DNA testing for some offenders..

To allow cities and counties to enact rent control on housing that is at least 15 years old. Single-family homes owned by landlords with no more than two properties would be exempt.

More than half of Latinos in California rent their home.

Latinos also make up nearly half of Californians burdened with unaffordable housing costs. This can lead to negative health outcomes, since these families often have insufficient resources remaining for other essential needs, such as quality food and healthcare.

A “Yes” vote supports allowing local governments to enact rent control on housing that is at least 15 years old.

To classify app-based drivers (Uber, Lyft, etc.) as independent contractors rather than employees.

As contractors, drivers would be guaranteed minimum wage based on driving time, a health insurance stipend, as well as compensation for on-the-job injuries.

They would not be entitled to the same wage and benefit guarantees as employees, such as paid sick leave, unemployment insurance, and state minimum wage. As contractors, drivers would also not be allowed to unionize.

Independent Contractors: These workers are in business for themselves (“self-employed”). They’re generally free to work on multiple projects at the same time and take jobs on a freelance basis.

Employees: Workers that are employed by a business, person, or government entity. Employees have many legal rights that independent contractors do not. Those can include the right to overtime pay, the right to meal breaks, and the right to a minimum wage.

At Uber, for example, the largest rideshare company, as many as 1 in 5 drivers are Latino.

A “No” vote opposes classifying app-based drivers as independent contractors.

To require dialysis clinics to have at least one physician on-site at all times and to report patient infection data to California health officials. It would also require these clinics to obtain consent from the state health department before closing; and would prohibit discrimination against patients based on the source of payment for care.

A “Yes” vote supports: requiring dialysis clinics to have at least one physician on-site at all times; reporting patient infection data to California health officials; requiring clinics to obtain consent from the state health department before closing; prohibiting discrimination against patents based on their source of payment for care.

A “No” vote opposes: requiring dialysis clinics to have at least one physician on-site at all times; reporting patient infection data to California health officials; requiring clinics to obtain consent from the state health department before closing; clinics not discriminating against patients based on their source of payment for care.

To establish a new state agency dedicated to enforcing privacy laws, increase financial penalties against violators and allow consumers to ask that their personal information not be sold.

Latino consumers represent a rapidly growing group of buyers and influencers. Their heavy use and early adoption of new technology make Latinos a highly sought-after market.

According to a national survey, 65 percent of Latinos think their personal information is less secure today than it the past.

A “Yes” vote supports expanding the state’s consumer data privacy laws, which would include increasing financial penalties against violators; and allowing customers to ask that their personal information not be sold.

To end California’s cash bail system and give judges the authority to assess and determine whether someone should be released while awaiting trial, based on the potential risk they pose to themselves or others.

Cash bail (and how it works): If you are arrested for a serious crime, the authorities will not release you from custody unless they are confident that you will show up in court for all required hearings and trial. Bail is simply an amount of money that is deposited with the court to ensure that you show up for all court proceedings.

In Los Angeles alone, Latinos paid $92.1 million for bail bonds between 2012 and 2016. The burden of payment often falls on women, such as mothers, wives, grandmothers, and friends of the accused.

A “Yes” vote supports the initiative to abolish cash bail and replace it with risk assessments for detained suspects awaiting trials.

A “No” vote opposes the initiative, thus preserving the cash bail system.